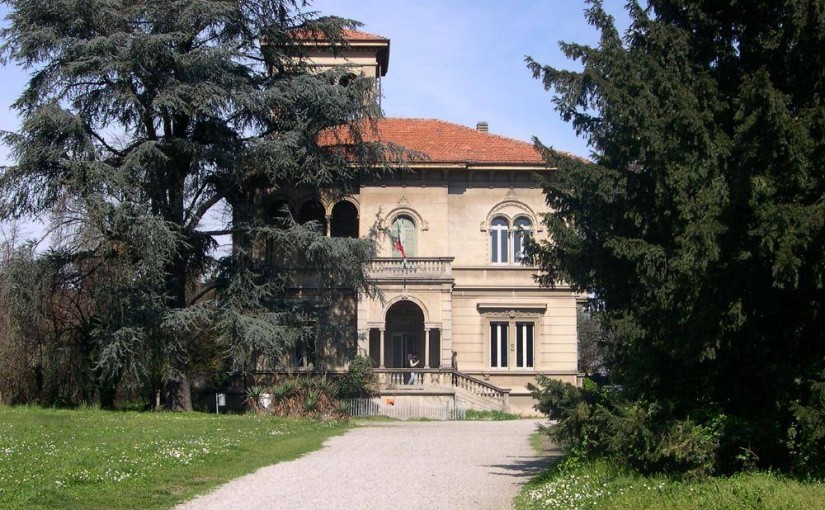 In the constellation of villages that set up metropolitan city of Milan, because of its history stands out the town of Magenta, the site of an Italian textile historical brand, Naj Oleari, established in 1916 by Richard Naj Oleari, a chemist native of Sartirana Lomellina (Pavia). Around the former factory is located Villa Naj Oleari, built in the early Twentieth Century as home for the namesake family of businessman. It’s a cottage structure with Neo-Renaissance classical forms, surrounded by a large park. In the mansion, now Municipality of Magenta owned, people honored the namesake battle of the Risorgimento, which gave its name to a color: a typical event in which they set up camps composed by walk-on parts in uniform who lived here in a tent for three days, according to epochal customs.
It’s one of the most beautiful places of the city, along with Casa Giacobbe gardens, location wherein today it’s been moved battle commemoration that predated the same bloody battle of Solferino, and Villa Colombo park. The purpose is to connect park with Ossuary Obelisk, a monument 35 meters high and 8 meters wide at the bottom, which preserves underground French soldiers remains died during the battle on June 4th 1859: total amounts exceeds 5000 skulls and there are two skeletons, one belonging to a colossal Hungarian, the other to a tiny Zouave.
And it’s just in that event that traces the birth of Magenta colorant, developed by certain François-Emmanuel Verguin, oxidizing rough aniline with stannic chloride, and named as a reminder of bloodshed. This discovery carried the name of Magenta to be world famous because it’s one of the most generally used inks in four-color printing, i.e. four-color process or CMYK; color, with yellow and cyan, represents the three subtractive primary colors. Moreover, Magenta is the complementary color of green, the same color of that maze which will take the shape within Villa Naj Oleari spaces.