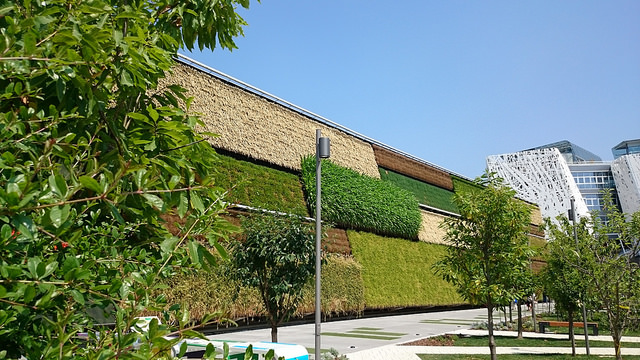 A success. Set off, say, quietly, Expo 2015 has closed with a bang: from two million 700 thousand visitors on May to 5 million on October.
For a total of 21 million 500 thousand guests who have traveled decumanus and cardo, a million and a half more than had been expected. An event which has directed, for six months, the global attention to Milan and Italy. Which has had as its important aim, to feed the world. Mission accomplished? We’ll see.
Meanwhile, it’s been a great show, sometimes almost explosive, even starting from work-in-progress large mosaic square of Constellation, a kind of Expo 2015 door. Lots of people, then, poured out into clusters and self-built pavilions. Some of them really beautiful, from Austrian refreshing forest to Japanese technology, from Brazilian suspended ropes to Israeli vertical gardens.
32 Water Houses scattered on the area have provided cold, still, sparkling and, above all, free tap water. It’s monitored 24 hours a day by a system of luminous bacteria. 132 taps (66 by still water and as many by sparkling water) whence have spilled up to 230,000 liters per day, namely 40 million liters of water during the six months Exposure, result of agreement between Expo and Cap Group, provincial water system supervisor.
Expo 2015 has given us the Milan Charter, manifesto that aims to combat malnutrition, poor nutrition and waste, promote equitable access to natural resources and ensure sustainable manufacturing processes. Curtain has brought down on Expo 2015 but several work-in-progress projects, involving a lot of institutions, will carry on and will represent the true legacy of this event. They put their signature. As all those who are shaping Constellation mosaic tiles.