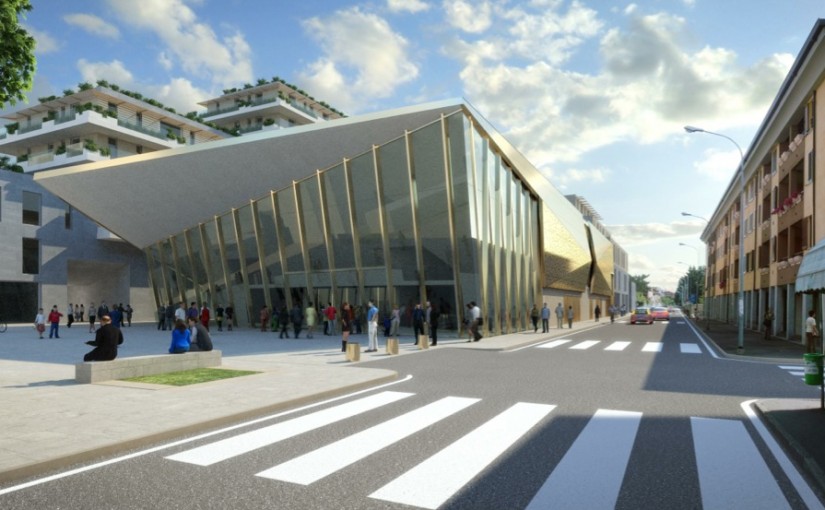 Expo 2015, showcase global and huge sounding board, has brought enormous benefits to the culture of our country, not least because of the high visibility that Italy, Lombardy and metropolitan city of Milan have enjoyed. Even Rho, the epicenter of this ‘cultural bombshell’, has taken advantage of it.
For all the above reasons, just bear in mind the acceleration imparted to new Cinema – Teatro De Silva project. The cinema theater realization is included among the overall restoration project of the industrial zone ‘Diana De Silva’, owned by Bracco Real Estate and approved by Rho City Council. This work will be carried out by the implementing body of integrated plan (Bracco R.E.) and will be delivered ‘turnkey’ to Municipality. Important factor: Municipality will maintain oversight during implementation.
But Expo has captured attention on Rho territory, bordering areas too, with a wide cultural baggage behind. In the next few days, exactly 20 to 22 November, at Villa Burba will be held Art & Wine Festival® 2015, organized by Municipality of Rho and Art & Wine Club – Italian Top Style of Barolo (Cn), and a contemporary art traveling exhibition, Barolo Paintings, to celebrate the ‘wine of kings’ and UNESCO recognition to the vineyard landscape of Langhe-Roero and Monferrato, with Barolo Cru tastings and Langhe, Piedmont and Liguria wine and food excellence. On that occasion, it will also be exposed an industrial art canvas more than two meters high, carried out by winemaker, viticulturist and painter Massimo Martinelli.
Even from promotional viewpoint, Expo has contributed to the relaunch of whole Rho territory culture and tourism. It was implemented an interesting web TV, one thematic channel on YouTube, RhoXExpoTV, the town TV that has followed the main events in Rho during the six months of Expo 2015, but that is still operative and is the fruit of a project perfected by Municipality of Rho in cooperation with CannizzaroTV, the Rho’s ITIS Cannizzaro broadcasting.
The cultural awakening instills the desire to explore new horizons: in Rho you can do it by bike. The EXPOvagando in bici brochure is a complete and detailed travel guide to the best hiking cycle paths made for Expo visitors who want to discover the best of the surrounding area by way of quiet cycle paths, but also for all the Northeastern Milanese.
This guidebook, written by FIAB (Italian Federation of Friends of the Bicycle) in partnership with Legambiente, Municipality of Rho and Patto del Nord-Ovest, is free available at the District Tourist Information Office.

[Photo by Municipality of Rho]