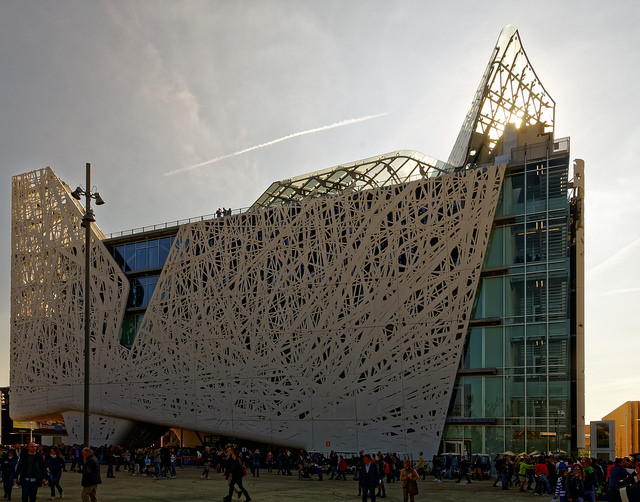 Expo 2015 represented and, in a way, represent – in terms of visibility and infrastructure – a great opportunity in relation to work and employment for northwestern metropolitan city of Milan citizens. Luckily, everything was made in time to not miss this important bus, particularly considering the current financial crisis. Several players acted as ‘facilitators’ to put Expo 2015 into contact with who was finding a job. Among them there is Sercop, a consortium created by Municipalities of Rho to respond to territorial social needs and involve municipalities of Arese, Cornaredo, Lainate, Pero, Pogliano, Pregnana, Rho, Settimo, Vanzago and Nerviano, which tried to make job search easier toward the opening of Expo 2015.
An important step was the signing of memorandum of understanding, for regularity and safety inside Expo 2015 construction sites, signed in 2012, which included the assumption of 10% of workers drawn by unemployed or unemployment insurance checklist.
Without mentioning interaction between institutions and organizing company. In the months before the event, several meetings were held between institutions and Expo 2015 to concretely talk about work and employment. And just in Rho it was held an essential event, called ‘Work and opportunities to Expo 2015′, during which Expo 2015 focused on the possibility to directly recruitment for Expo and through several pavilions and invitation to tender for services. Moreover, to win invitations to tender for job and voluntary work were the guests Manpower and Ciessevi.
It was a huge opportunity for young people who, through voluntary work, put them into contact with a global enterprise as Expo 2015. The European Union pavilion offered to all young Europeans the opportunity to play an active part in Expo 2015, contributing to its activities and living a unique experience of its kind. For this reason, the Municipality of Milan, in cooperation with Ciessevi, has launched a lot of projects in favor of Rho local students, to promote their application for a volunteer role in the EU pavilion and follow them in informative journey. All volunteers received a document expendable as certificate of competence in their career. Therefore, laid the foundations, now it’s necessary to roll up one’s sleeves and put to use the legacy received.

[In this photo, Palazzo Italia construction from page http://expo2015notizie.it]